Srima - Prižba - this archeological site was excavated from 1969 to 1974, under  the leaderschip of Zlatko Gunjača, followed by the  conservation interventions. Excavations yielded two single-nave basilicas that were built in different periods. This type of structure is called basilicae geminatae, twin-churches or double churches. The purpose of this type of building is not clearly understood. One of the proposed thesis says that basilicae geminatae served as a combination of congregational churches (used for celebrating mass) and memorial churches (for the cult of relics).
In the Roman province of Dalmatia such exemplars are numerous, as well as in the whole Mediterranean area. They were built in urban Episcopal centers and, even more often, in rural agglomerations, like this one in Srima. Double churches at Srima – Prižba site are the most completely excavated ones in Dalmatia. Although opinions of the time of building are not synchronised, one that prevails places both churches in the 6th century. This was also confirmed by stylistic analysis of the churches´stone equipment, although some reconctructions of the inventory were made again in the 7th century.
Churches were connected through diaconicós and nartex. Nartex of the south church graves also served as a burial place. Additional graves were discovered outside churches, to the east of the apses. In total, eight graves were excavated; mostly they were built, with approaches, benches and ossuaries. Altars and ciboriums are in the central parts of the sanctuaries. Based on discovered stone fragments, we can reconstruct both altar´s enclosure-fences, together  with its pillars ciboriums and mensas (altar baldachins and tables). Inside  the babtistery, there is a circular piscina, which overlaid earlier cross – form piscina. Several fragments  of mortar floor survived; those fragments were made of mixture of lime, gravel and crumbled brick. The roof had a ridge shape, consructed in wood and covered with tiles (tegulae and imbrices). Semi-domes of the apses were roofed with tuff blocks and also covered with tiles. Upper parts of churches were articulated with rows of biphoras that brought  daylight into the sanctuarie s Ceilings were elaborately decorated with floral and geometric designs made in a fresco technique.

Source: Tourist Board of Sibenik-Knin County 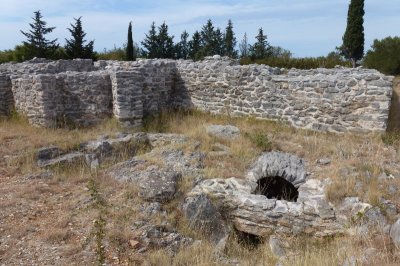 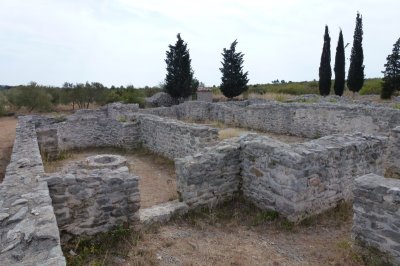 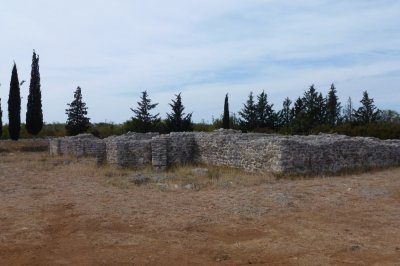 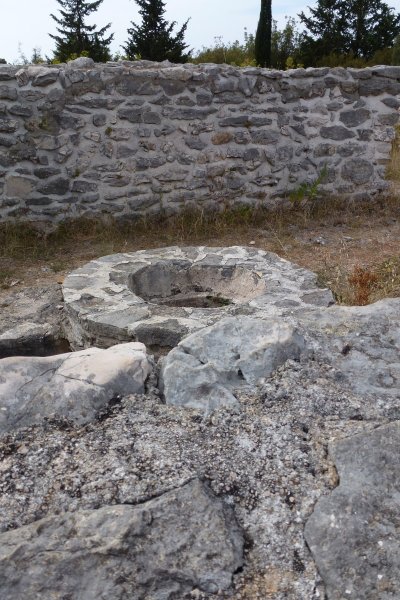 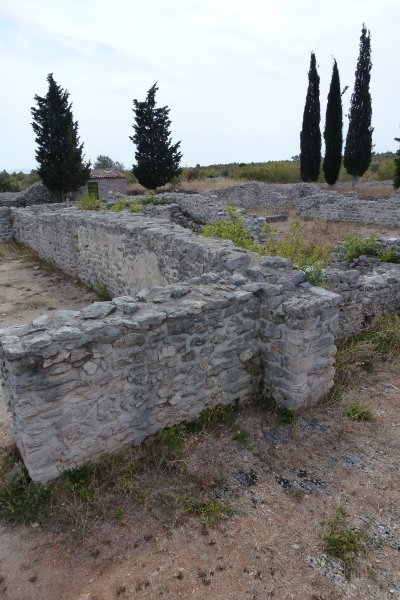 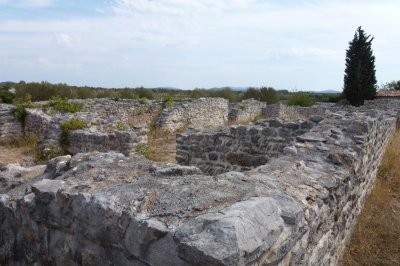