The parts of the Postojna Cave System known today cover a total of 21 kilometres and include: Postojna Cave, the Otok Cave, the Pivka Cave and the Black Cave and Planina Cave. The dry sections of the caves are for the most part open to visitors. Access to the flooded sections is more difficult and siphons make some parts impassable. One of the elements that make caves so attractive to visitors is the cave formations or speleothems (stalagmites, stalactites, flowstones, etc.) resulting from deposits of calcium carbonate. Their rate of growth is so slow as to be almost imperceptible (estimates of the age of speleothems in Postojna Cave range from several tens of thousands of years to several hundreds of thousands of years). Speleothem growth depends on the constant dripping of water saturated with carbonates. The calcite (calcium carbonate) deposits vary in colour depending on the substances dissolved in the dripping groundwater. They can be pure white, brownish-red or grey. The cave environment is less subject to changes of temperature than the outside world. Throughout the year the temperature remains at approximately 10 degrees Celsius. In summer it is slightly higher because of heat from outside, while in the winter it drops slightly. The humidity of the air is high. Visitors to the cave should dress appropriately according to the season. Owing to the sensitivity of the natural environment, visitors must follow the instructions of the guides. 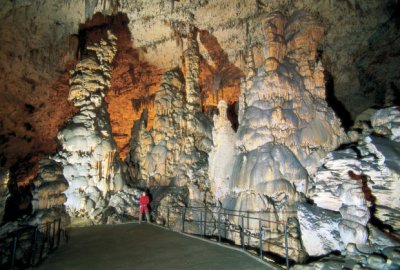 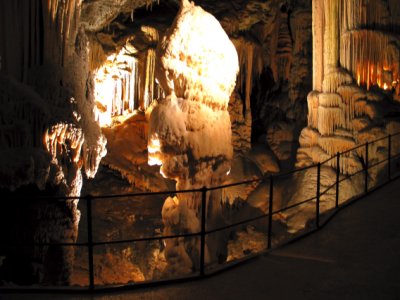 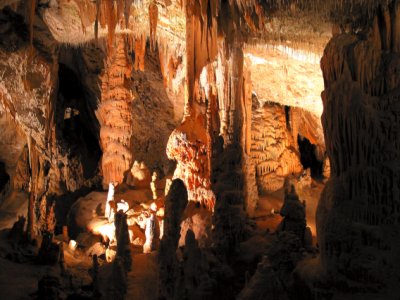 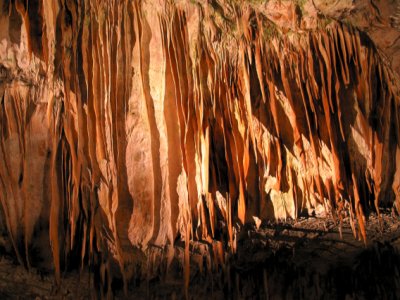 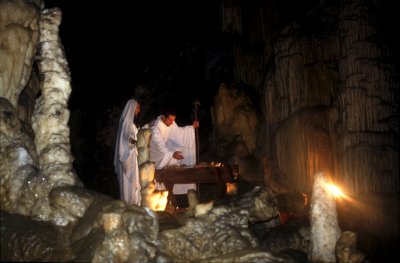