Burnum - archeological site is located near the village Puljane and in the public it is still a little known. Due to open a small archaeological museum in the vicinity it will possible change soon. These are the remains of a Roman military camp, built on the ruins of the Illyrian town. In the heyday the camp belonged to the important footholds in the Adriatic. It was very well equipped (amphitheater, aqueduct, roads, the Temple of Jupiter, and of course there was practice area, accomodation units for the legionaries and command post) and it was protected the nearby Roman city Jadera (today Zadar). There lived more than 500 men. After achieving stability in this region and also for the order of the Emperor and the left of XI. legion the camp began to lose its importance and in vicinity of the camp began to develop a business center. It was inhabited mostly by war veterans. In the fifth and sixth century Burnum started decline due to the battles mainly with the Goths. About a hundred years later the Avars and Slavs won Burnum. The first excavations here were carried out in 1912. In recent decades are done more archaeological surveys. Areas of Archaeological collections are built in one of the buildings of the future scientific research center. Visitors can see the remains of an amphitheater here, the arcades of the military command buildings and the rest of walls military practise area. In the museum are four rooms where are reconstructed the appearance of a Roman settlement and life in the military camp. You can see are also the tombs of soldiers, their military equipment, but also the statue of Emperor Vespasian. The historic area Burnum is a part of the National Park Krka, which lies in a basin of river Krka. 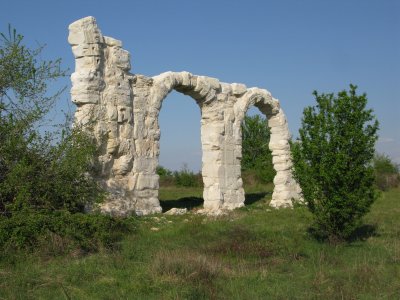 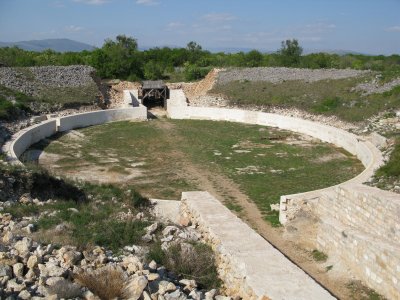 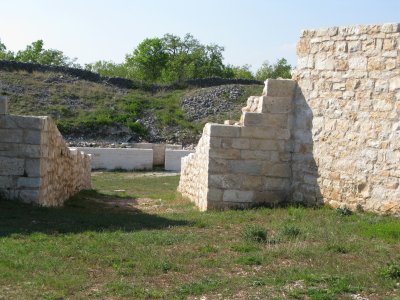 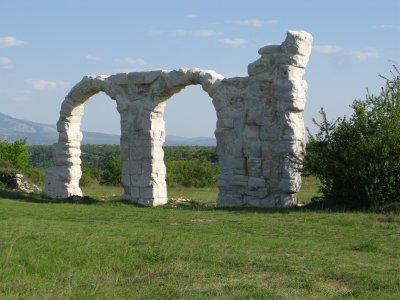 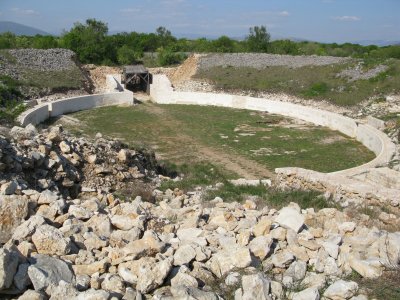