Bungee jumping from the bridge of Maslenica (old - new), to which you can come by old state road from direction south trough Posedarje to Maslenica. The distance from Zadar is 30 km. Hight of the bridge is 55 metres plus one metre fence, which means, that the jump takes part from the hight of 56 metres from the metal construction which is placed in the middle of the bridge. The bungee jumper prepares him self for the jump at the beginning of the bridge in a way that he first signs the agreement which say that he jumps at personal will, that he is in excellent health condition and that he isn't under the influence of alcohol or drugs. The jumper is tied with tree secured roapes, two on his calves, on wich he is hooked up on the alpinistic waistcoat in the area of his waist. All the equipment is specialized alpinistic equipment which is attested, as well as the elestic band which is tested for the particular number of jumps after which is thrown. The procedure carries on in a way that the jumper dimbes on the stairs on the plateau of the consturction. Then folows the countdown 3, 2, 1 bungee ... the jump. When the jumper, in other words, the elastic band calms down (stops swinging), the jumper is put down with winch to the boat. Free fall is cca 30 to 35 m. In the limit line of streching trhe elastic band the jumper is 4 metres distance from the sea, dependet of his weight, which is the ground for preparing the ropes.

Select one of the listed excursions and fill in the date. 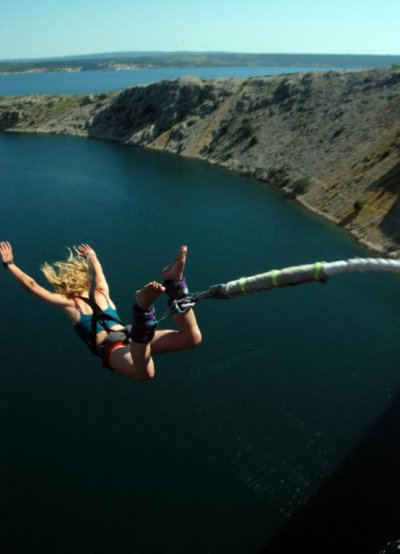 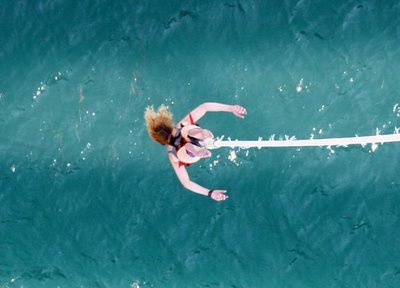 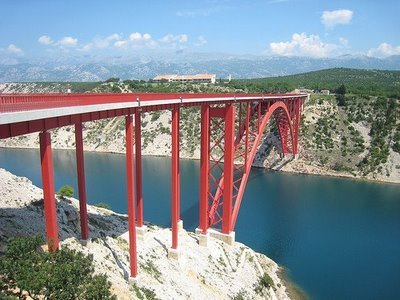 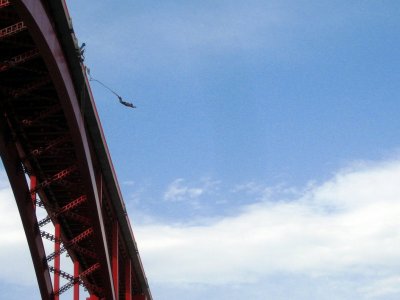