The Crkvina site is situated in the central part of cadastral plot No. 51/3 of the Municipality of Pakoštane, at location known as Košević, on the west shore of the Vrana Lake, in the immediate vicinity of a road connecting Pakoštane and Vrana. Three campaigns of archaeological excavations  have been carried out so far which revealed a single nave church with annexes. Archaeological excavations  commenced in 2006 as a part of the scientific – research projekt  Archaeological Heritage of South Croatia from 5th to 17th century, of the chief researcher and manager  Prof. Dr.Sc.  A. Uglešić  from the Department  of Archaeology  of the University of  Zadar.

The church architecture stoo dout against the space even before the research  commenced which attracted attention of the professional community so that the site has been known long ago in literature as a compelling location in archaeological topography of the immediate area.  As materials  and maps published so far from the National Archives in Zadar show, it is Church of St.Mary which belonged to now nonexistent  medieval village of Zablaće. The village and church were destroyed  in 16th century when the Turks arrived to the area of Vrana.

Toponym Crkvina was already used  with this location on  the military  Austro – Hungarian  map from 1884.  In archaeological excavations of the site a longitudinal, single nave church with an apse and two aisles on the north and south side was found.  The scope and level of preservation of explored architecture are highly representative .  In the excavated area of the site a church was  found, with  NW – SE  orientation, an entrance on NW site and semicircular apse on SE with interior lrngth of 12.50 m from the apse ceiling to the front facade wall and with interior width of 5.15 m.  On the north and south perimetric walls traces of 80 cm wide batresses were found.  Larger amount of travertine (tufa) and shaped stone fragments from Roman age.  Traces of mortar in situ were  also preserved, as well as couple of the fresco fragments in yellow, red and green colours.  Larger amounts  of tegulae and imbrexes, fragments of new age coarse kitchen pottery and glazed table pottery, smaller number of fragments of Roman amphoras and some glass.  On the south side of church, leaned to its south perimetric walls, there is a room which also ends with an apse on the south-east side.  Interior length of the room is 5.60 m and its width is 3.78 m.  The room was connected with the church by a door in the north wall of the room.  Fresco fragments  in red and green colours, smaller amount of travertine, tegulae, imbrexes, glazed table pottery, pipes and glass were found in the south room.  Similar room, but without an apse, width of 2.05, was found to the north from the church.  The room was connected with the church by a door in the south wall of the room.

Although it is too soon to make conclusions on time of construction of the church and on its construction phases, archaeological findings confirm that it is a complex site with long life continuity, most likely from late antiquity to early medieval age. 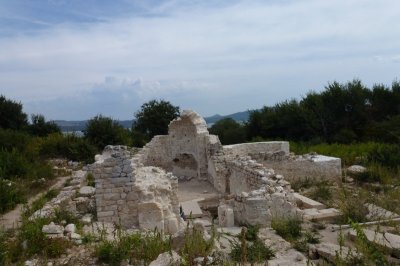 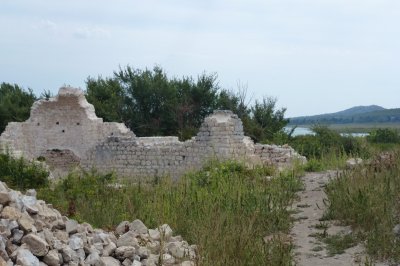 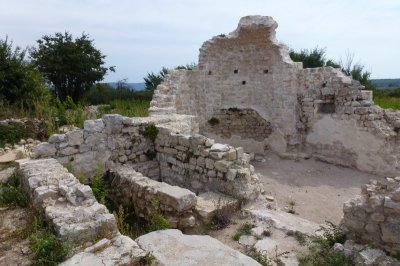 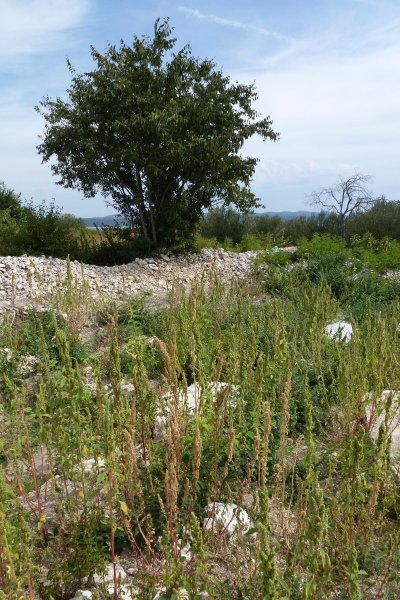 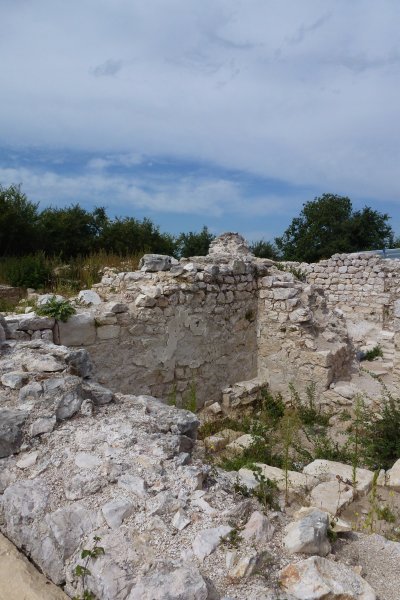