Tkon is a typical fishing village and harbor, located on the island of Pašman and sometimes referred to as the "Kornati Gate". The main activity used by the population here was to colect shells (Kunjke) from the Pasman Canal - these are the shells by which the place was named - Kun (Tkon).
The municipality and town of Tkon were formed in 1997. The area comprises the villages of Ugrinic and 13 islets, the largest of which are Gangaro, Zizanj and Kosara and the smallest is Orlic. In the Pasman Channel, the islands of Planac and Cavatul, and the others in the southeast towards Vrgada Island or southwest towards the islands of Žut and Kornati. The settlement area is about 15 km ².
The island of Pasman of 63 km² belongs to the Zadar group of islands. Formed by halving Ugljan and Pasman, the Zdrelac (1883), now bridged, both islands are named after settlements in the largest island fields. It is connected to the mainland by ferry lines to Biograd and Zadar.
Today, there are approximately 850 inhabitants, mostly Roman Catholic, living in Tkon.

We recommend: do not leave valuables in cars, do not carry them to the beach, lock accommodation units and close windows before leaving, follow traffic rules, especially in smaller places and drive carefully when it is raining.
Doctor: practices in Tkon and Nevidjane.
Pharmacy: Tkon
Ambulance: Biograd na Moru - 24 hours, approx. 3 km (by ferry)
Hospital: Zadar
Veterinarian: Biograd na Moru

Sacral monuments in Tkon - in the town of Tkona there is the parish church of Sv. In addition, the rectangular apse in the Romanesque style, the bell tower, and numerous fragments dating from the 12th century have been preserved as early as the 11th century. In its present form, the three-nave basilica was built in 1742 and renovated in 1938. The main nave is separated from the sides by six pillars of richly decorated capitals. On the main baroque altar is a painting of the Virgin Mary on the throne attributed to the Zadar painter Petar Jordanić from the end of the 15th century. Today's painting is part of a former triptych or polyptych that was dismantled and largely destroyed in the last century. The church has a Romanesque bell tower "Alta turri Ornatur" with two bells. The larger bell is 74 cm in diameter with the figure of St. Catherine the Martyr and her attributes, and the motif of the cross and two hearts. At the bottom is the inscription: Every spirit praises the Lord. The smaller bell, 72 cm in diameter, has the inscription ANNO 1902. which dates it. The bells were electrified in 1980.

On the hill of Calvary above the place there is the church of Our Lady of the Seven Sorrows from the 18th century with the Way of the Cross. As early as around 1500, the people on the hill watched and listened in Croatian to the oldest preserved miracles, the Resurrection of Christ and other depictions from the Tkon anthology.

In the center is the church of St. Antun the Hermit from the 17th century, built by the legacy of the Glagolitic locals A. Palaškov in 1672. it houses a marble altar from the early 19th century. Even today there is the fraternity of St. Antuna.

Benedictine monastery of St. Kuzma i Damjana is located on the hill Ćokovac (95m), 2 km NW of Tkon. The name "Ćokovac" comes from the word "ćok", which is the name in the local dialect for the blackbird. It is a cultural monument of zero category. It was built by the Bishop of Biograd Theodoric in 1059 on the foundations of an earlier Byzantine fortress and an early Christian church. After the Venetian destruction of Biograd in the 12th century, the Benedictines came to Ćokovac and built a new monastery. In the 14th century the monastery was demolished to its foundations, but the Benedictines rebuilt it and rebuilt the church in the Venetian Gothic style. The monks from the ruined monastery go with the Czech King Charles to Prague for his return from Rome where the Pope crowned him Emperor of the Holy Roman German Empire. These monks founded the Benedictine Glagolitic monastery "Emmaus" in Prague as the embryo of the University of Prague. The church is adorned with a painted Gothic Tkon crucifix from the beginning of the 15th century, the work of master Menegel Ivanov de Canalis, a student of Paolo Veneziani, until 1999 called the master of the Tkon crucifix. In 1808, the French closed the Benedictine monastery, and the last Benedictine Pletikosić remained as pastor of St. In Tkon and for the parish, he bought a nationalized and devastated monastery from the second Austrian state administration.
In 1964, the monk Martin Kirigin came to Tkon from Prague to restore the native monastery of St. Benedict with his brother Benedict. Cosmas and Damian. Ćokovac is the last active Benedictine monastery in Croatia and a world-famous Glagolitic center.
The Tkon anthology is a Croatian Glagolitic manuscript from the beginning of the 16th century found in Tkon. Today it is kept in the library of the Croatian Academy of Sciences and Arts in Zagreb. It has 170 sheets of paper and is written in small beautiful italic Glagolitic script. It belongs to a group of thematically diverse Croatian Glagolitic anthologies: it was written by two scribes in Ćokovac and in it we find depictions, poems, apocrypha, sermons, various records. Some pieces are of very high artistic value.

On the north side of the island all the beaches are sandy. From Ugrinić across Tkon to the south there are seven sandy bays 3 km long. Public beaches are Vruljica, Južnja and Ugrinić beach.

FKK Sovinje, located at the end of the road outside the village of Tkon, has a sandy beach which is a natural phenomenon and can be found in only a few localities on the Adriatic (the most famous is the island of Susak). It is a constant sedimentation of sand from the rocks and so makes it beautiful.

The beaches in Tkon are a popular tourist destination for visitors from Biograd, who come daily by ferry for swimming and diving.

In Tkon you can engage in a number of sports activities:

Scraping - running and brisk walking on sharp and steep coastal rocks. The name comes from the Dalmatian word škrapa - sharp stones. The first Scraping was held in 2006 on the island of Pašman, and the originator of the idea is Mr. Josip Tomić, athletic expert, leader of the club AK Soline from Biograd na Moru. After a successful 2006, the island of Pasman hosted the 2007 race. After last year's Ugljan adventure "Scraping new dimension", most competitors asked to return, so the island of Pasman will once again host the name SCRAPING - PAŠMAN REVIVAL. The race will always be held in March, organized by JKU Prvenj and owned by the Municipality of Tkon.
The Skraping race is adapted and intended for the requirements of amateur athletes, top athletes, tourists and mountain lovers. The races are divided into two classes: 1 Ultra Category: 42 km long track and 2 Light category / lamp: shorter track 21 km, and the final sequence is especially for men and women. More information and sources can be found at: http://www.skraping.hr/

Skarpina is the name for a group of different sports challenges and the main feature of this race is an adventure in nature. The scorpionfish is only a small part of the scrapie race and everything else is fun in nature. The race was held on the neighboring island of Ugljan.

With this concept, the competition becomes an adventure and anyone can participate, regardless of age and fitness. The challenges are a special charm of this event and consist of mountain biking, free climbing, kayaking, scraping and finding the Secret Point.

However, in addition to this event, several other events are organized throughout the weekend, such as the opening of an exhibition of paintings, video presentations of similar events around the world, as well as a rich cultural and entertainment program featuring local values ​​and traditions, gastro show and live concert.

Scarpina is a continuation of the excellent perennial organization of Scraping. As Škraping grew from a small race into a mass event, and due to the new circumstances surrounding the adoption of the name Škraping, the team that organized Škraping for the past 4 years decided on a new and different approach to sports and tourism project and designed adventure and great fun in nature for big number of people. Scorpionfish still has a very pronounced promotional character of the island, and rightly bears the title of sporting event number 1 on all our islands.

When you take into account that the organization of Škarpina outside the tourist season provides over 1000 nights on the island, then the adventurous event of Škarpina becomes one of the most important sports tourism products of the island and county. You can follow other information and details on our website: http://www.skarpina.info

Scraping PAŠMAN REVIVAL - the race will always be held in March.

The "Latin Sail" event is the organization of a sailing and rowing race, a regatta of the Pašman channel of all old sailing boats and kayaks on Latin sails and grass.

Fishermen's Night - the first Fishermen's Night was held in 1986, and has continued successfully to this day. Every year it is traditionally reflected in the days before the Assumption on August 15. The festival is prepared in the open air, stands are set up all over the pier, and then with music and dancing the locals offer grilled fish, shellfish, red wine and other local specialties that you can enjoy. It also features a variety of games such as duck kayaking, bottling tournaments and lotteries. 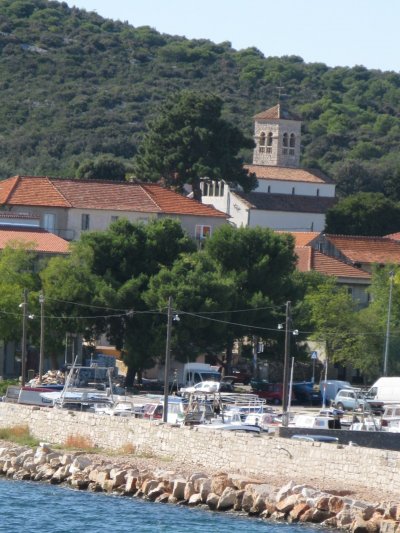 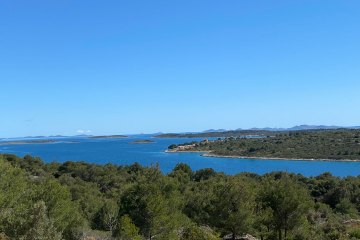 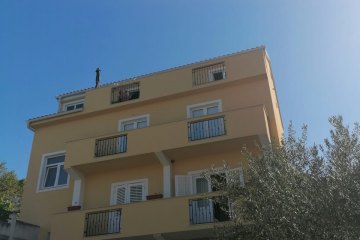 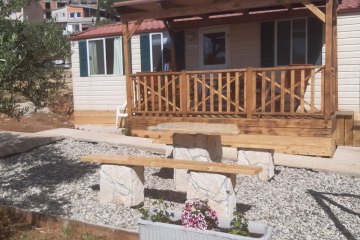 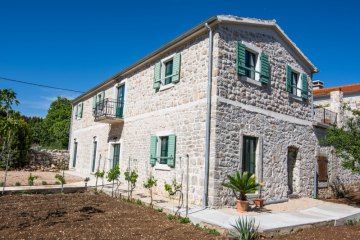