Smaller island Vrgada in northern Dalmatia is situated opposite the holiday village Pakostane, from which leads a regular shipping line to Vrgada. Island Vrgada is famous for sandy beaches popular among the naturists. Pebbly and sandy coves, pleasant pine groves and Mediterranean vegetation will delight any visitor in search of a peaceful holiday and also because it is a favorite among fans of robinson life.
The island is only 3 km long, the mountain on southern and northern side  reach a height of up to 112 m and more than two-thirds are covered with dense pine forest. The island Vrgada has a very unique location and it is surrounded by 15 other mostly small gravel islands.

The first mention of the island of Vrgada dates from the 10th century by the Byzantine Emperor Constantine Porphyrogenitus, from this period are here on the hill Gradina  remains of the fortress. In 1572 there were 133 inhabitants, in the next centuries fluctuade their number due to the plague and the arrival of Croatian families escaped from Serbia due to the Turkish pressure to adopt the Muslim religion. By the late 19th century, the inhabitants made ​​their living mainly by agriculture and viticulture, also seasonally fishing of small fish. For disease destroyed many vineyards began the inhabitants of the island Vrgada dial more with fishing and soon became recognized fishermen.

Vrgada Island is famous for its sandy beaches, they are  popular for naturists.
Pebbly and sandy coves with shadow of pine trees and Mediterranean vegetation are available through the woods, so not crowded with tourists. 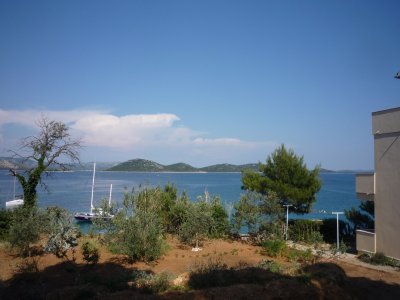 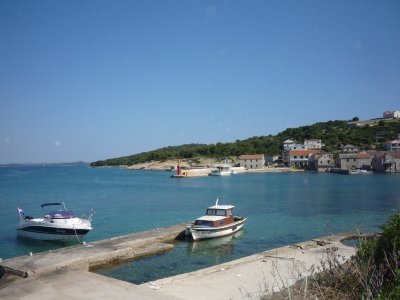 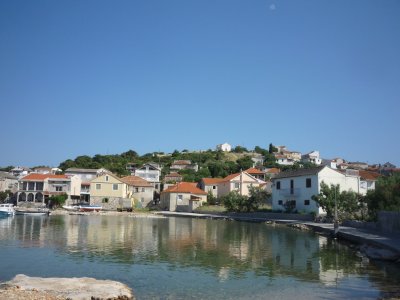