Biograd na Moru is a town and port in northern Dalmatia, 28 km south of Zadar, which is located on najrezvedenijem part of the Croatian Adriatic coast. In the close vicinity are three national parks: Paklenica, Kornati and Krka, as well as a nature park Plitvice Lakes and Vrana Lake. Apart from cultural and historical heritage, Biograd is also characterized by beautiful beaches, picturesque bays and various accommodation facilities as well as the rich offer of cultural events and sports and recreational activities (sailing, diving, basketball, beach volleyball, soccer, tennis ....). Biograd n / m lies on a peninsula surrounded by the marines and along the waterfront with a view to one of the beautiful sea isthmuses; Pasman Channel. Biograd is a port, frequently visited by boaters whose destination Kornati archipelago. Regatta, sailing and other nautical activities are organized throughout the year. Biograd marinas have thousands of berths and two hundred places on the mainland. Are open throughout the year. Hundred meters from the center of town is lined with a variety of gravel and sand beach with crystal clear sea. Biograd is a modern tennis center and a number of sports such as sailing, swimming, diving, everyday events in the open, and the like cooking and warm service in a pleasant Mediterranean atmosphere of Biograd n / m restaurants, Dalmatian taverns and pizzerias promise the utmost enjoyment of the local specialties our famous Dalmatian cuisine that uses vegetables from its gardens and environmentally clean sea such as: excellent Dalmatian ham, cheese, lamb, shellfish, fresh fish and crabs, dalmatinska wine and bar.

Recommendation: do not leave valuables in the cars, do not carry them to the beach, lock the accommodation units and close the windows before you leave, follow the traffic rules, especially in smaller towns and drive cautiously when it rains.

Biograd na Moru is a royal Croatian city that was the seat of Croatian kings and bishops in the 11th century was , so in 1102nd here was crowned the Hungarian-Croatian king Koloman. The rich history witnessed by the religious buildings: the parish church of Sv. Anastasia (1761), An early church of St. Anthony (13th century), Church of St. Roko (16th cent), while the Basilica of St. John (11th century) survived the demolition of a Venetian 1125th year. More about the history can be found in the County museum, which is in the summer season is open in the evening hours. Biograd na moru experienced the biggest boom at a time when it was capital of the Croatian medieval kings with the Hungarian-Croatian king Koloman. Biograd is rising as the Croatian town, the seat of the bishopric, and one of the residence of Croatian kings to the rule of King Petar Kresimir IV. in the second half of 11th c. that gives build the cathedral church of Sv. John with a convent and udjeljuje his 25th March 1060 The royal immunity. The core of the ancient settlement is located on a small peninsula. By the end of 19th century, the city had walls with circular towers. The remains of the cathedral, a basilica with three bell towers, were destroyed, and the monastery St. John, also a basilica with three bell towers, were found and conserved. Church of St. Thomas preserved only in parts. Outside the ancient settlement, found in the ruins of a smaller church with a vault in the vicinity of early Croatian graves. The parish church of St. Anastasia, was built in 1761 with Baroque altars, one of which is of gilded wood. Outside the ancient settlement is also a small church of St. Roko and St. Anthony (1850). In the wider area, there are prehistoric sites and the remains of an ancient aqueduct. Municipal Museum houses an archaeological collection with prehistoric, antique and early findings, as well as cargo from the late 16th century.

Beach Drazica is the main town beach and is located in south-eastern part of town. The beach extends almost from the very center of town to the camp Soline and sandy coves Soline. This is a pebble beach with sand and gradual enter into the sea, and for several years in a row the winner of a Blue flag (eco-label programm). On the beach are a variety of attractions - disco clubs, swimming pool with salted water (free admission), where in the evening music concerts takes place. On the beach is also a great slide, and the possibility of renting various sports equipment such as pedal boats, canoes, motor scooters and boats. Sports playground on the sand, baby swings, tennis courts, diving center is only a part of the rich tourist offer. on the entire length of the beach to camp Soline extends a promenade where there are several restaurants, patisseries and cafes. The beach has showers and toilets - cabins, beach is adapted for disabled people, there is also first aid and rescue service. For those who want to spend their vacation on the beach, we recommend the beach in camp Soline which continues to the beach Kumenat. It is a small peoble beach where there is a coffee shop. If you choose to continue the walk, you will find many smaller bays with beautiful sandy beaches. This will take you to the bay of Crvena Luka, which is in the region one of the most beautiful sandy bays. We recommend this kind of walk only for adults with regard to court is unprepared. On the beach Crvena Luka you can come by car. The parking is to be paid at the entrance to the village. Beach Bošana is located on the northwest side of town, not far from the marina Kornati and from there you can continue to the neighboring village of Sv. Filip i Jakov. Along the road you will see a series of small pebbly - sandy beaches in small bays. At these beaches, there are less people and have a gradual entry into the sea.

Of the many summer cultural and social events recommend: Biograd summer, which lasts during July and August offers many popular music concerts in the open, and concerts of classical music as well as music and dancing at the pool, "Illyria", performances of local and visiting cultural artistic societies, gangs, various exhibitions for artists, photographers and sculptors, as well as maintenance of the Biograd n / m the summer games. Biogradska night will be held this year on city 4. 8. 2009 waterfront as one of the major summer events, and represents a true manifestation of food, song and dance, fireworks, marine and meat delicacies. 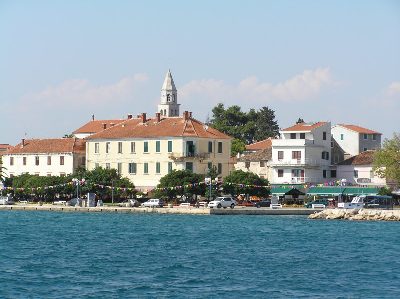 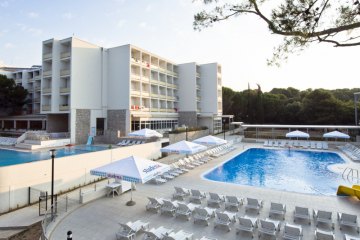 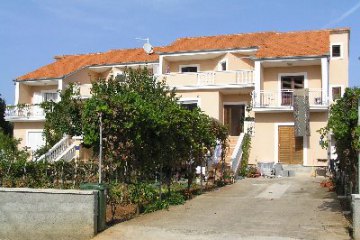 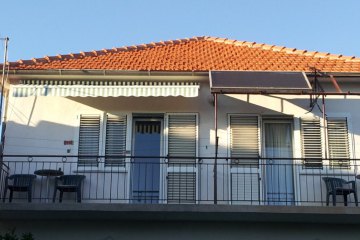 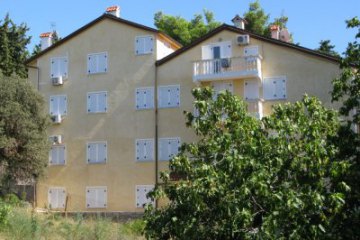