KK Vencel is located next to agricultural goods on Jankolovica in Vrana near Biograd n / m (distance approximately 5 km). The owner and trainer of the club is hungarian Renata Barešić Tabor. Considering that behind her is a successful coaching and a sports career, we'll tell you a few details about her: Renata is engaged in recreational riding since childhood, and during the last ten years, competed in the hurdles and military in Hungary and several times in Austria. Trainer license and military license has since 2001. , and since then has license for therapeutic horseback riding (five years in Budapest led therapeutic horseback riding) and since 2002. has also the Austrian competitive license. Renata has received numerous awards, but one stands out in paticular - first place in the national championship in miltarry won by one of her students (junior category). 2006th Renata was married and moved to Croatia, and with her arrived her horses, two full-blooded Hungarian mares and two half-blooded Hungarian mares. In addition, in the club are currently two ponies and three foals of different breeds. Horses are placed in the open boxes - boxes are cled on three sides, and the fourth is open so the horse can move freely in the box and outside it (of course, the area is fenced with electric fance). The horses are extremely calm and good for teaching horseback riding, and sports. The club offers a pension, off-road riding and riding school, and it is possible to arrange training withthe hurdles, and organize summer camps for riders. 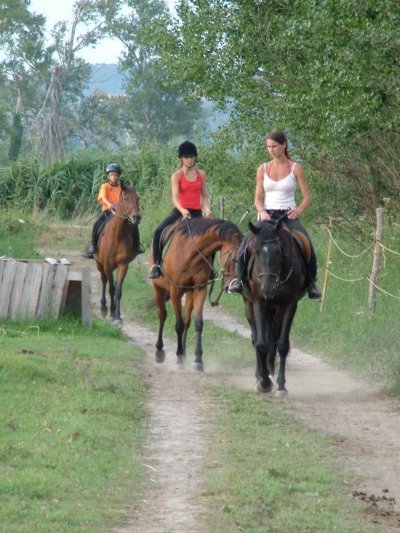 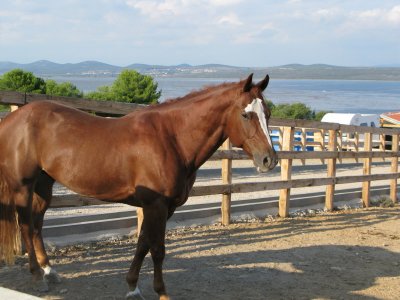 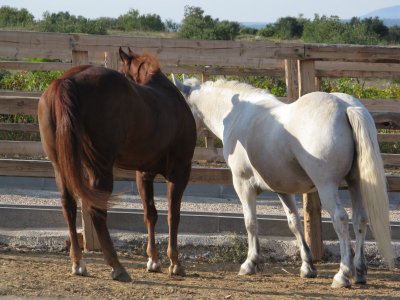 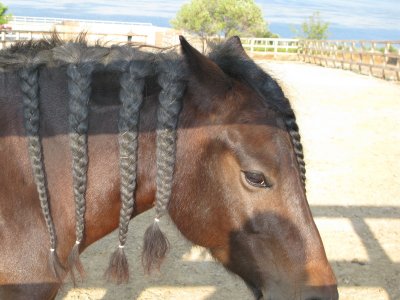 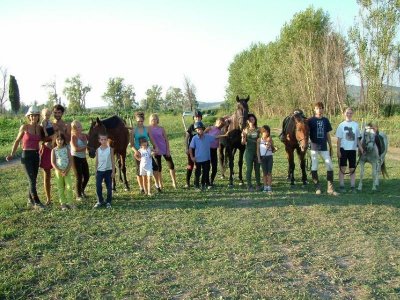