The Lighthouse Tajer on the island Sestrica Vela is located 15 nautical miles to the south from Zadar, a mile from Dugi otok and Kornati. On the edge of the Kornati National Park and Nature Park Talešćica to modern travelers in style a la Robinson Crusoe opens its doors to the renovated lighthouse Sestrica Vela, known also as Tajer.
Lighthouse Sestrica Vela - Tajer is in many ways unique. In addition to being built on the offshore island, which has always had strategic significance and was unavailable to visitors from other Croatian lantern stands out in appearance or manner of construction. Tajer lighthouse was built 1876 years on the island of Vela Sestrica, on the north side of the Kornati National Park. It consists of a high octagonal metal towers and buildings. It was built at 47 meters above sea level , 26 - meter tower is a metal construction , and are used to connect the iron rivets that have not been changed . The stone lighthouse building, which covers some 500 square meters , the tower is connected to a closed stone bridge that was supposedly built later in order to facilitate access to the lighthouse tower when inclement weather. Besides being a metal structure , the tower catches the eye with the sea and the red and white spiral pattern which is also from the rest of lanterns on the Adriatic. Power supply is 24V and the building was obtained from the solar modules or 220V obtained by burning generators , while water supply from rainfall.
Arranged on the pier Sestrica Vela is located on the north side of the island, to windward. Stone quay was built by the Austro-Hungarian Empire. From the pier to the lighthouse can be reached by a ten minute walk through centuries-old pine trees. Lighthouse is surrounded by spacious stone terraces from which one has a view all the way to the heights of the Dinaric Alps. In a westerly direction cliffs are Telašćice, and southern horizon was deserted offing.
Tajer lighthouse is automated and included in the remote control system. At the lighthouse is a permanent lighthouse crew.
Transfer to the island by boat from Sali (island Dugi otok), it's paid according to the number on the spot.
Warning: there are three groups of islands in the Adriatic, which are called "Sis", because they are in groups, otherwise all lighthouses were built. Lighthouse Tajer is only found in the Kornati archipelago.  Luxury and exclusivity on vacation Sestrica Vela - Tajer does not determines interior, but the position of the island and the island itself, which is covered with thick pine forests and which is known as a small ornithological reserve because migratory birds in the autumn and spring, leaving the return of warmer regions rest and gather strength just to steep cliffs Sestrice Vela.

1. floor - apartment for 4 person - two bedrooms, a kitchen with a spacious living room and a bathroom with toilet.

Apartment for 4 person - two bedrooms, a kitchen with a spacious living room and a bathroom with toilet.

Each apartment has more than 70 square meters and is arranged as a separate residential unit, the guests do not interfere with each other. 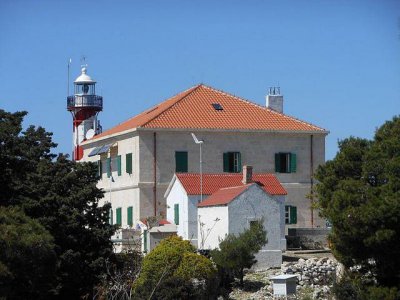 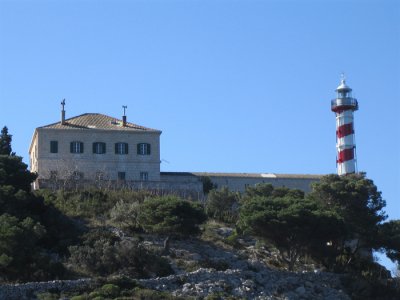 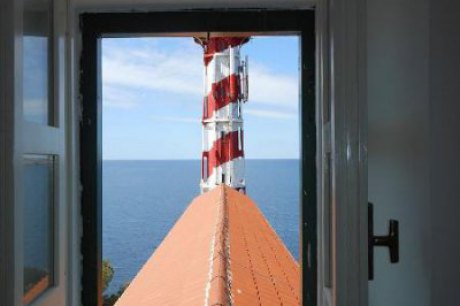 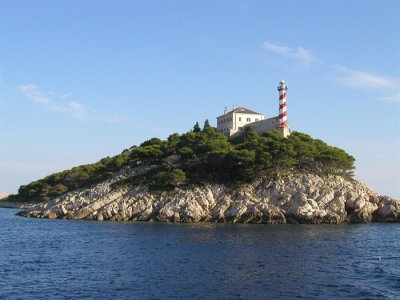 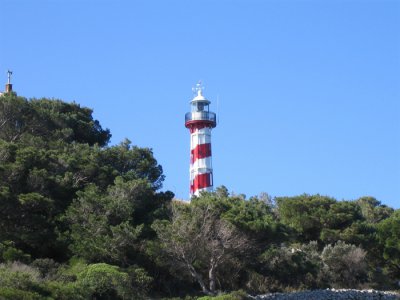 Position on the map

Select accommodation units you want to book and choose a term from one of the rows.

ⓘ The unit Apartment for 4 persons west has limited arrival / departure only on these days: Saturday.

ⓘ The unit Apartment for 4 persons east has limited arrival / departure only on these days: Saturday.

Why travel with Adria Planet?

The information are based on personal experience and knowledge of Croatian.

Thanks to many years of personal relationships with the owners of Croatian houses we can arrange holidays according to your wishes.

Assistance in organizing your holiday

We recommend the optimal solution for your holiday, stay for any number of nights, secluded objects, trips with the locals and other options.

Many satisfied customers return to us every year and entrust their holiday to our care.