Holiday cottage Oblica for 4-5 people is located in the bay of Sv. Ante on the island of Pasman. Distance from the sea is about 150 meters. The house can be reached by a road that is partly paved and partly macadam. Parking is next to the house, and the nearest neighbors are about 40 meters away.
Sveti Ante Bay is located only 130 meters north of Soline Bay. In the bay Soline you can visit a small fishing restaurant, which is about 300 m away or in the neighboring bay Dubine there are 2 smaller restaurants for boaters (about 20 minutes on foot)

The secluded house Oblica hidden in olive trees has an area of ​​about 30m2 and has a covered terrace of about 20m2 with table and chairs. Guests can use the barbecue in the yard. On the shore there is a sun deck with deck chairs and straw umbrellas. For boat owners there is also a boat mooring that they can use at no extra charge.

Water in the house is rainwater that accumulates in the tank during the winter. For drinking, we recommend that you bring bottled water or water from a container before using it. There is no shower in the bathroom, just outside and the hot water is heated in the sun during the day.

Electricity is obtained from solar panels and has 220V with standard European sockets. You can only use weaker devices such as a computer, mobile phone (you must not use devices such as a hair dryer, iron, mixer, etc. that have high power).

The bay is covered by a mobile signal so guests can use data cards for mobile internet of different operators.

Pets are allowed at an additional cost and on request.

Arrival in the bay of Sv. Ante is possible on a macadam road, so it is necessary to drive with caution due to possible potholes. Tkon is about 7 km away, has shops, post office, restaurants and cafes, is the tourist center of the island. The connection with the island of Pašman is provided by the ferry line Biograd - Tkon (sailing lasts 15-20 minutes, and the ferry runs almost every hour in summer). The island of Pašman can be reached by ferry line Zadar - Preko (travel takes 30 minutes), and then from Preko (island of Ugljan) over the bridge drive to the island of Pašman.

House Oblica for 4-5 persons consists of 2 bedrooms, one with a double bed, the other with a bunk bed. The kitchen with living room has a sofa bed that can serve as an extra bed for 1 person. The bathroom does not have a shower, but uses an outdoor shower with water heated in the sun. The entrance to the toilet is from the terrace. The cottage has a refrigerator, oven, TV and bed linen and final cleaning are included in the price. 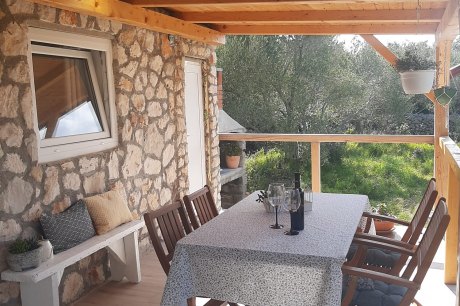 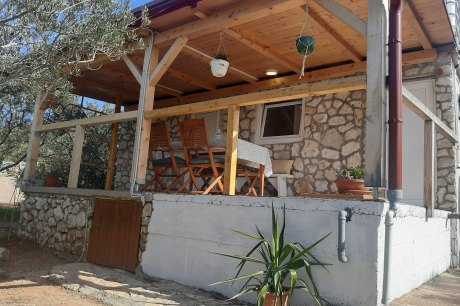 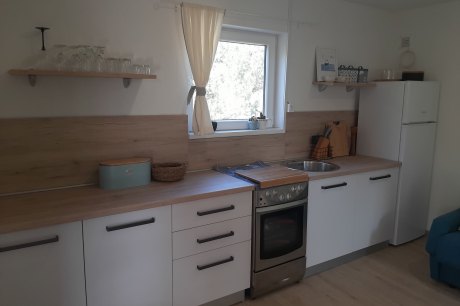 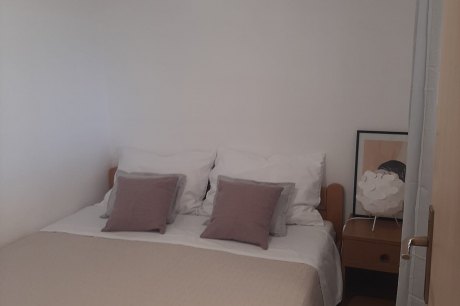 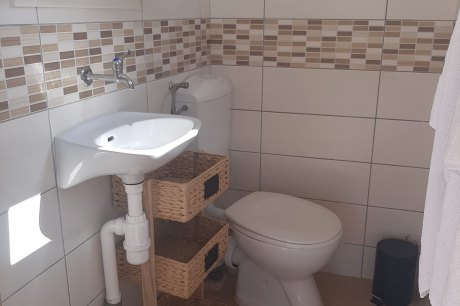 Position on the map

Select accommodation units you want to book and choose a term from one of the rows.

Rental price for 1accommodation unit per night in EUR.

Tourist tax: included in the price

Why travel with Adria Planet?

The information are based on personal experience and knowledge of Croatian.

Thanks to many years of personal relationships with the owners of Croatian houses we can arrange holidays according to your wishes.

Assistance in organizing your holiday

We recommend the optimal solution for your holiday, stay for any number of nights, secluded objects, trips with the locals and other options.

Many satisfied customers return to us every year and entrust their holiday to our care.